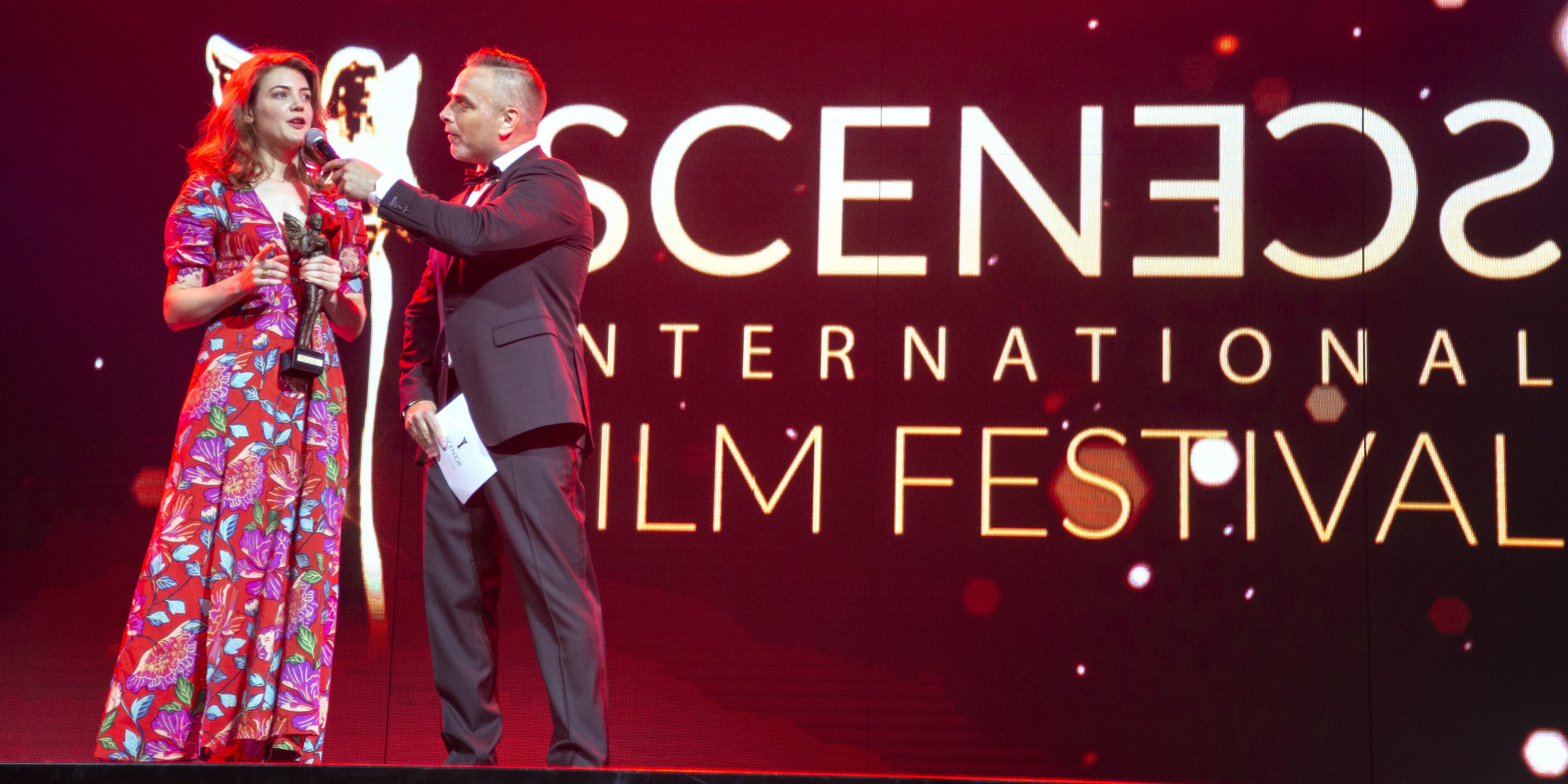 Christanne de Bruijn won for an award on Friday, for her first major film role in the new Dutch feature film ‘The Conductor’. The actress and musical star received the ‘Best Acting Talent Award’ at the Grand Gala Event of the SCENECS Film Festival in Hilversum.

The film ‘The Conductor’ is based on the true story of the Dutch born Antonia Brico (played by Christanne de Bruijn). In the late 1920’s she was the world’s first woman who successfully conducted large symphony orchestras. Until recent, women barely succeeded to reach the world’s top-ranking conductors. This year, for the first time in Dutch history, the Netherlands Radio Philharmonic Orchestra appointed a woman as its Chief Conductor: Karina Canellakis.

SCENECS is the International Debut film festival. SCENECS offers international starting filmmakers a platform to showcase their films. This involves filmmakers of both fiction- and documentary films screening their first or second production to a wide audience. They also participate in an international, high-profile and challenging competition, which concludes with the Grand Gala Award Event where the winning films are awarded.